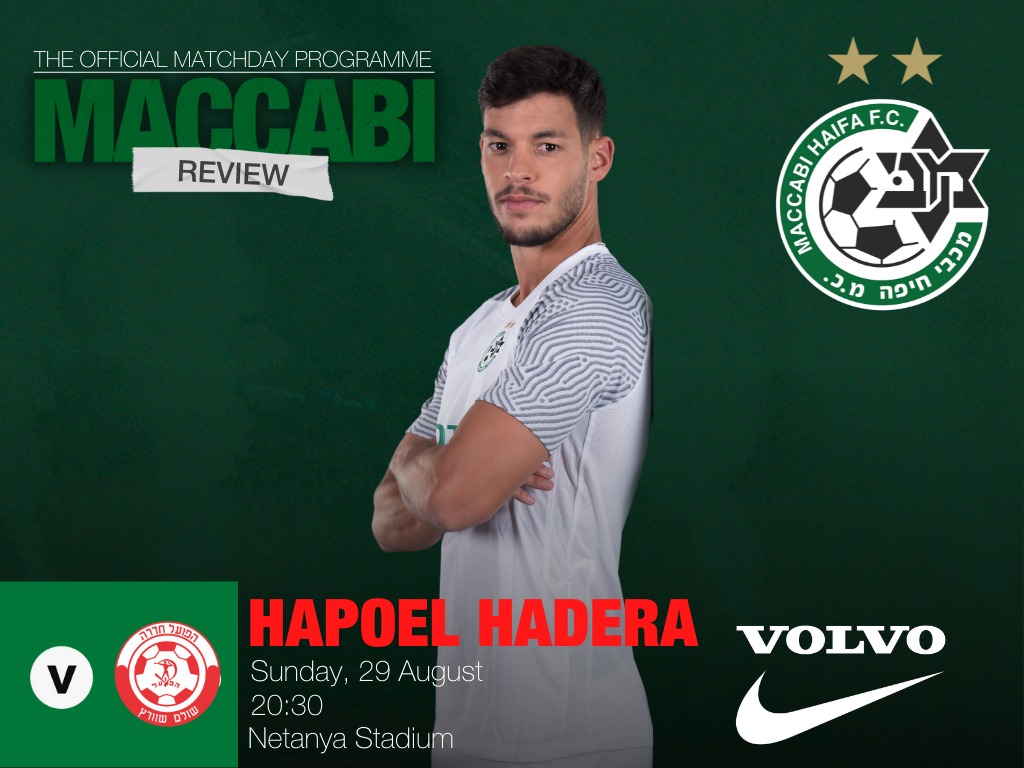 Hapoel Hadera hosted the Israeli champions, Maccabi Haifa, at Netanya stadium for the first fixture of the 2021/22 Season

5’ Atzili crosses a great ball towards Ashkenazi who shoots from the edge of the box, but the ball goes straight to Levkovich’s hands.

11’ Strain tries to cross the ball, it hits one of the local defenders and is deflected to the crossbar.

12’ Chery provides a brilliant pass that finds David, the striker gets control of the ball and leaves it to Ashkenazi who shoots, but the goalkeeper denies it. David reaches the rebound and shoots, but Levkovich collects the second attempt as well.

38’ Atzili crosses the ball towards David who shoots from the air, but the ball goes straight to the goalkeeper’s hands.

45’+1’ Chery tries to surprise Levkovich from 25 meters, but the goalkeeper deflects the ball to a corner kick.

46’ Substitution for Maccabi: Ben Sahar in, Yuval Ashkenazi out.

50’ Chery crosses the ball from the left flank, Arad heads it down to David who shoots from the air, but he misses the target.

57’ Substitution for Maccabi: Rami Gershon in, Ofri Arad out.

77’ Double substitution for Maccabi: Godsway Donyoh and Maor Levi in, Ali Mohamed and Dean David out.

88’ Substitution for Maccabi: Shon Goldberg in, Sun Menachem out.