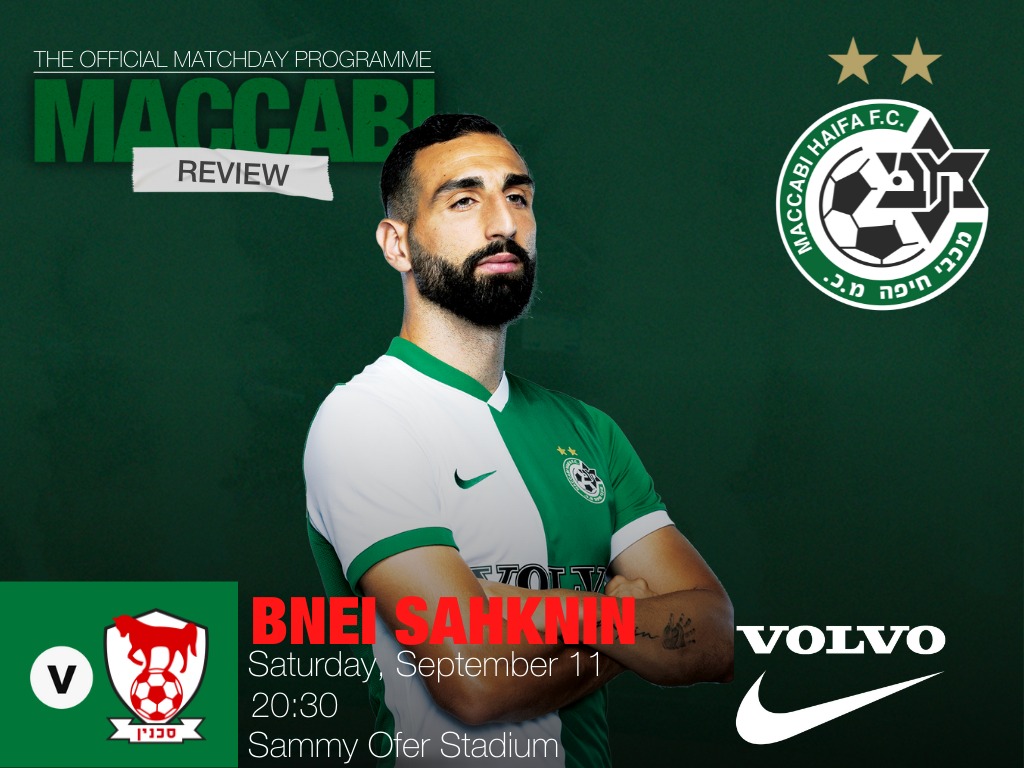 A dramatic win against Sakhnin

8’ Haziza shoots a curved ball from inside the box, but the ball goes slightly over the crossbar.

11’ Dahan heads the ball from close range, Kanadil blocks it and the ball is deflected straight to Rodriguez who shoots it flat, but he misses the target.

23’ Chery shoots from 20 meters, but the ball goes straight into the goalkeeper’s hands.

36’ Ihab Ganayem tries to surprise Josh Cohen from 30 meters, but he misses the target.

39’ Donyoh crosses a great ball towards Jaber who tries to score with his back heel, but the ball goes out of play.

62’ Double substitution for Maccabi: Sun Menachem and Dean David in, Shon Goldberg and Godsway Donyoh out.

68’ After a long consultation with the VAR, the referee, Daniel Bar Natan, points to the penalty spot after confirming that Dean David was fouled inside the box.

70’ GOAL! Atzili converts the penalty successfully and gives Maccabi the lead. 1:0 for Maccabi.

75’ Substitution for Maccabi: Ali Mohamed in, Mahmoud Jaber out.

77’ Kayal shoots from outside the box, but Cohen provides a great stop.

82’ Atzili receives the ball just outside the box and shoots powerfully, but he misses the frame.

85’ GOAL! Raz Stain finds the net from close range and levels the score, 1:1.

88’ Substitution for Maccabi: Yuval Ashkenazi in, Jose Rodriguez out.

90’+1’ GOAL! Atzili receives the ball at the edge of the box and shoots a curved ball straight to the far top corner and sends the thousands of fans into a frenzy. 2:1 for Maccabi

90’+6’ Final whistle. Maccabi secured its first victory in the league this season.