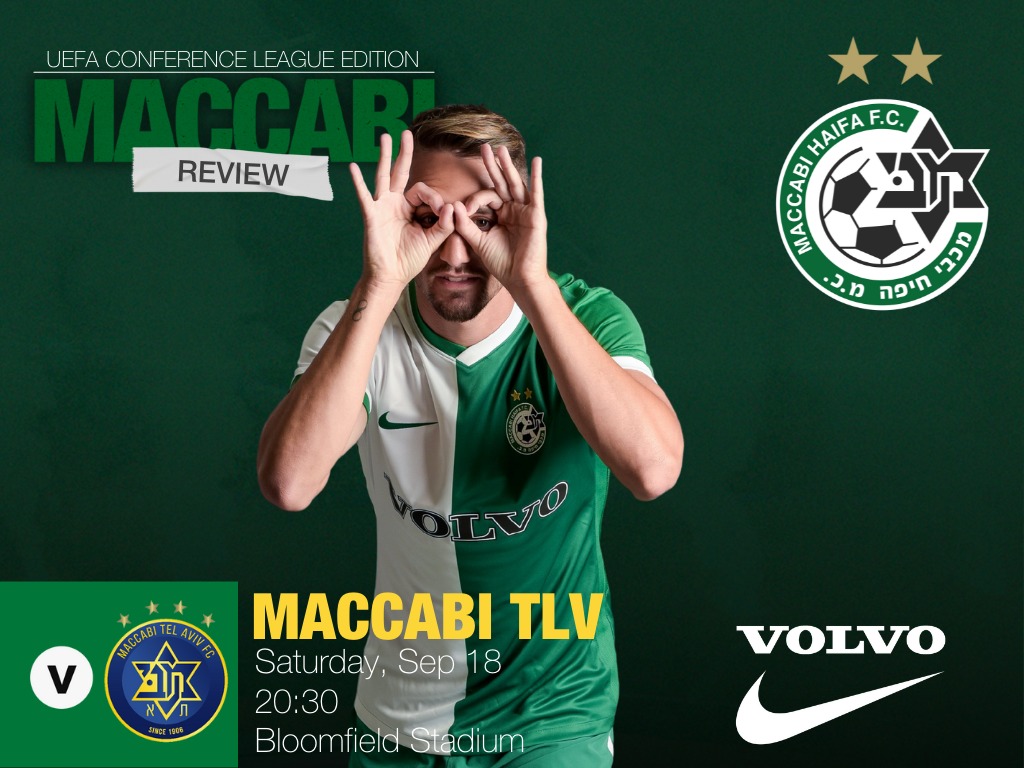 3’ GOAL. The hosts took the lead after Nachmias’s goal from close range.

13’ Chery takes a free kick from 17 meters, but the goalkeeper manages to block the shot with his fingertips and sends the ball behind the line for a corner kick.

18’ Free kick for Maccabi, Haziza crosses the ball into the box, Menachem reaches to it and tries to push it in, but he misses the target.

23’ Chery advances with the ball enters into the box and shoots it strongly from a hard angle, but the ball goes over the crossbar.

31’ Perica heads the ball from close range, but Cohen is alert and deflects the ball.

30’ Substitution for Maccabi: Mohammed Abu Fani is injured and replaced by Ali Mohamed.

32’ GOAL! The Greens are back in the game! Haziza receives the ball after a brilliant short corner and he crosses it towards Menachem who finds the net and levels the score. 1:1

45’+2’ Kuwas shoots powerfully from 25 meters, but Cohen stretches and provides a great block.

52’ Haziza shoots a curved ball from outside the box, but it goes just next to the post.

60’ GOAL. Perica scores from close range and gives the hosts the lead once again.

63’ Double substitution for Maccabi: Dean David and Ryan Strain in, Godsway Donyoh and Raz Meir out.

73’ Haziza tries another curved shot from outside the box, but the goalkeeper blocks it.

75’ Double substitution for Maccabi: Ori Dahan and Yuval Ashkenazi in, Ofri Arad and Dolev Haziza out.