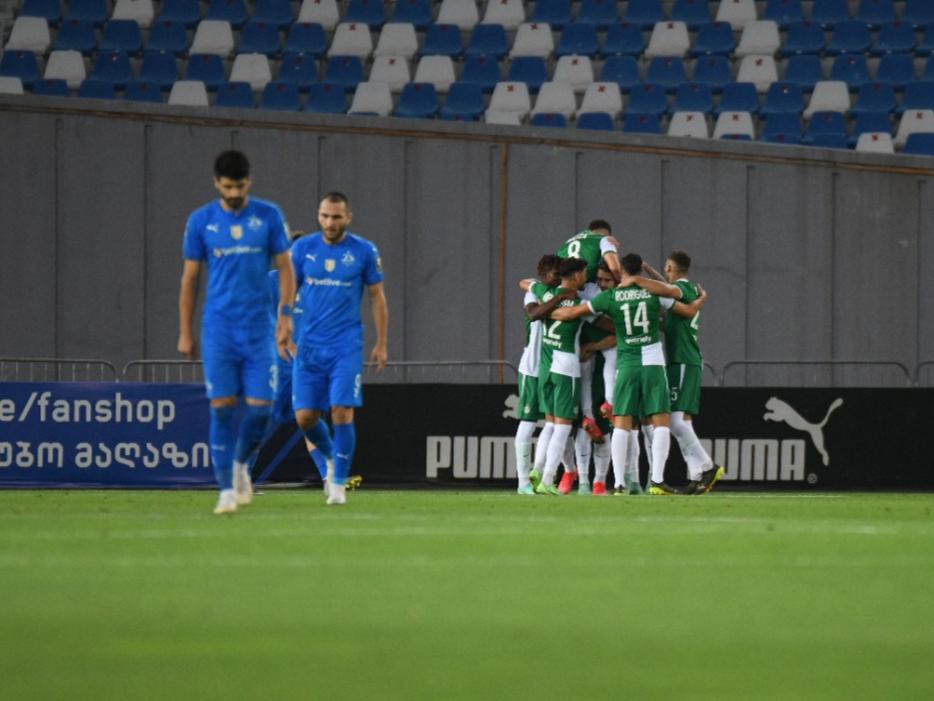 The Greens met the Georgian team in the second qualifying round of the Conference League. Atzili (8’) and David (66’) scored for Maccabi. Papava narrowed the score for the hosts (88’).

The Greens started their journey tonight (Thursday), in the Conference League when they met Dynamo Tbilisi at the Boris Paichadze Stadium as part of the second qualifying round.

2’ First opportunity for the hosts, but Marusic’s shot goes just next to the right post.

8’ GOAL. Haziza finds Atzili inside the box, the latter shoots the ball with a clever, single touch and gives Maccabi an early lead. 0:1 for Maccabi.

22’ Atzili passes the ball to Abu Fani who shoots strongly from outside the box a flat ball, but he misses the target.

29’ Abu Fani shoots from outside the box, but the goalkeeper collects the ball.

46’ Atzili shoots strongly from outside the box, but the ball goes above the crossbar.

61’ Haziza crosses the ball from inside the box, the ball is deflected by the goalkeeper straight to Atzili, but the latter's shot misses the target.

63’ Double substitution for Maccabi: Dean David and Ben Sahar in, Omer Atzili and Godsway Donyoh out.

66’ GOAL. Raz Meir crosses the ball into the box, David gets control of the ball and finds the net from close range to score his first goal ever in the green shirt. 0:2 for Maccabi

71’ Substitution for Maccabi: Maor Levi in, Tjaronn Chery out.

82’ Abu Fani tries another shot from outside the box, but he slightly misses the target again.

84’ Double substitution for Maccabi: Yuval Ashkenazi and Ori Dahan in, Dolev Haziza and Bogdan Planic out.

87’ Marusic shoots from outside the box, but Cohen is alert and blocks the attempt.

88’ GOAL. The ball reaches Papava after a corner kick for the hosts and he narrows the score. 1:2 for Maccabi.