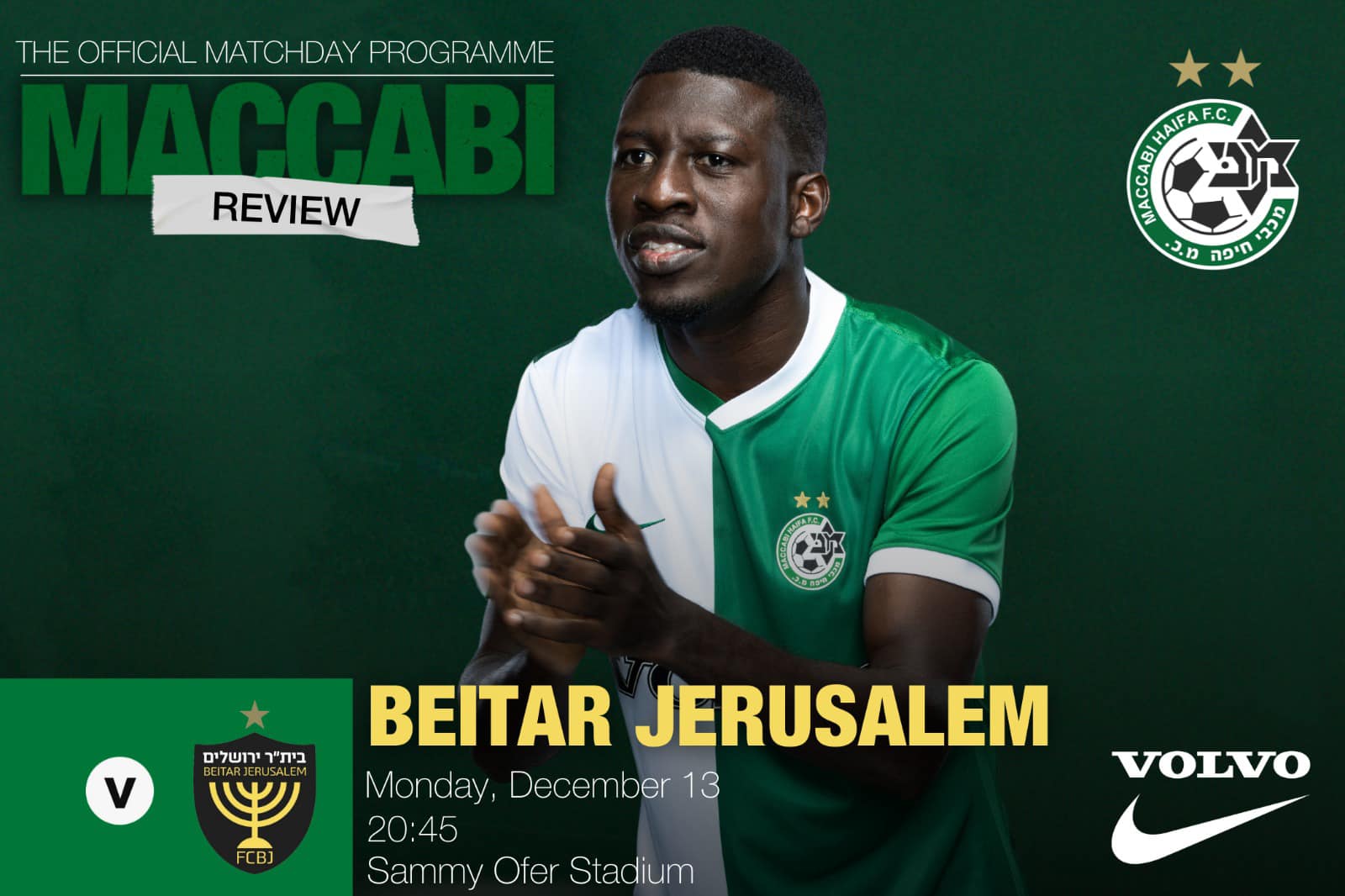 6’ The ball reaches Abu Fani after a mess in the box, he shoots a flat ball and scores. But the goal was ruled out by the VAR, claiming that Donyoh was offside.

14’ Atzili breaks into the box and shoots from a hard angle, but Nitzan stops the ball.

21’ Abu Fani shoots a powerful shot from 20 meters, but the goalkeeper collects it.

25’ Abu Fani crosses the ball into the box, Planic jumps high above the rest and heads the ball, but the ball goes wide.

27’ GOAL! Atzili shoots the ball, Nitzan blocks the attempt, but Atzili is first to the rebound and he crosses the ball towards David who heads the ball into the empty net. 1:0 for Maccabi.

32’ Chery finds David with a brilliant long ball, David storms into the box, shoots powerfully and scores once again! 2:0 for Maccabi.

59’ Roy Herman shoots from inside the box and hits Cohen’s crossbar.

73’ GOAL! Shua shoots from inside the box and scores. 2:1 for Maccabi.

81’ Chery shoots from 25 meters, but Nitzan blocks the attempt.

90’ Substitution for Maccabi: Ofri Arad in, Din David out.