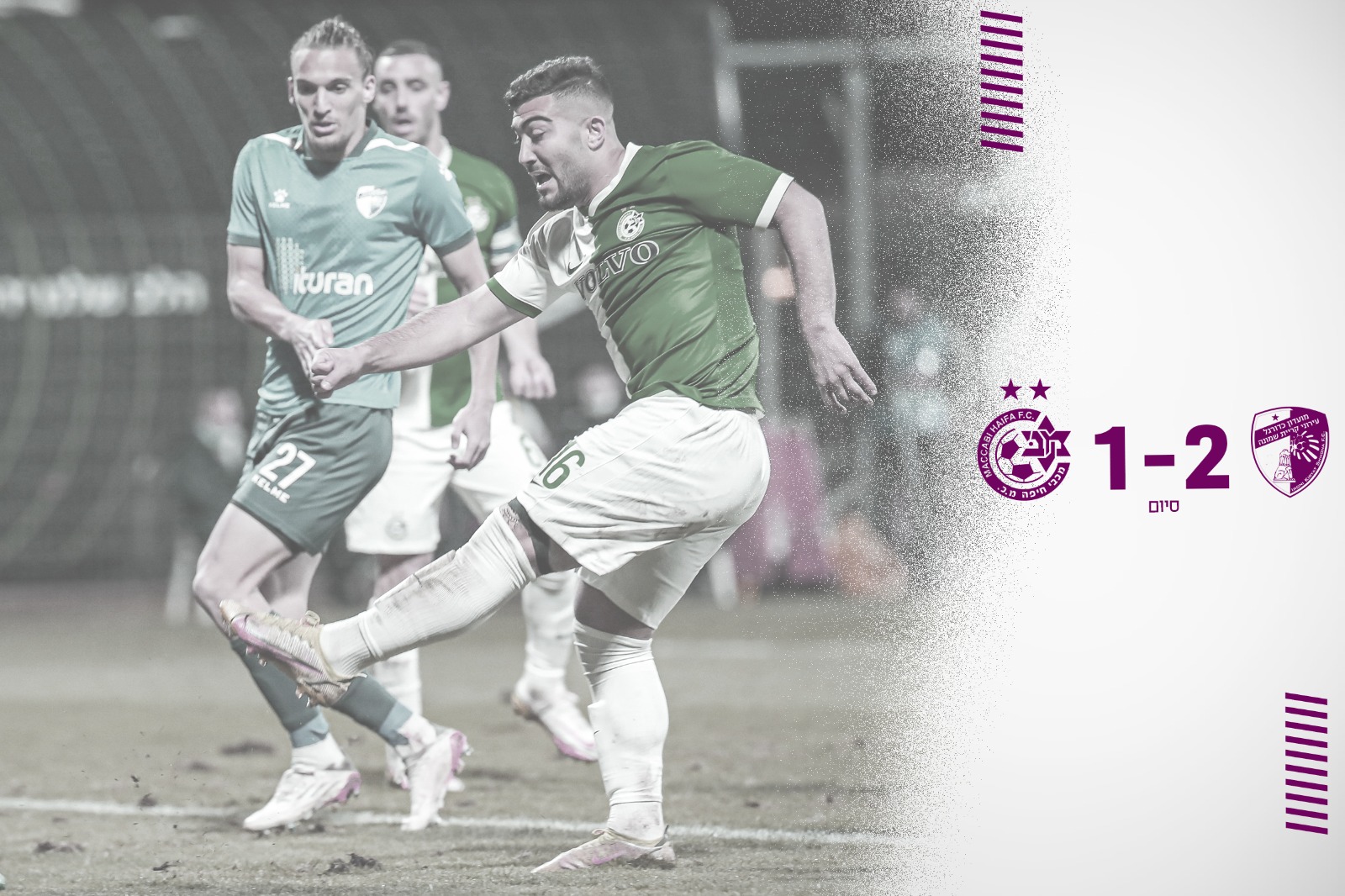 5’ Meir’s cross finds Abu Fani who heads the ball straight to the crossbar, David reaches the rebound and shoots from close range, but the ball hits the post and is cleared by the defense.

11’ Abu Fani tries from 20 meters, but the ball goes over the crossbar.

16’ GOAL. Mohamad Shaker shoots the ball from inside the box, Cohen blocks it, but Itamar Shviro is first to the rebound and scores for the hosts. 1:0 for Kiryat Shmoma.

21’ A corner kick for the hosts reaches to Habashi who heads it to the post.

22’ Abu Fani crosses the ball into the box, Lavi heads it well but Bartkus denies it. Atzili is first to the rebound and shoots, but the goalkeeper blocks also the winger’s attempt.

32’ GOAL. Atzili receives the ball from Abu Fani in the right flank, cuts to the center of the pitch, leaves behind two defenders and shoots a curved ball to the far corner to level the score! It is Atzili’s 18th goal in the league this season.

46’ Substitution for Maccabi: Shon Goldberg in, Ofri Arad out.

47’ Atzili receives the ball at the edge of the box and passes it to Abu Fani who shoots, but the ball is blocked by a local defender.

58’ GOAL. Shaker crosses the ball into Maccabi’s box, Planic tries to clear it and slides towards the ball, but the ball goes into the net. 2:1 for Kiryat Shmona.

62’ Double substitution for Maccabi: Mavis Tchibota and Mickael Alphonse in, Raz Meir and Neta Lavi out.

73’ Substitution for Maccabi: Maor Levi in, Dolev Haziza out.

90’+3’ Substitution for Maccabi: Ben Sahar in, Jose Rodriguez out.

90’+6’ Levi crosses the ball into the box, Alphonse shoots it from the air, but Bartkus collects the ball.