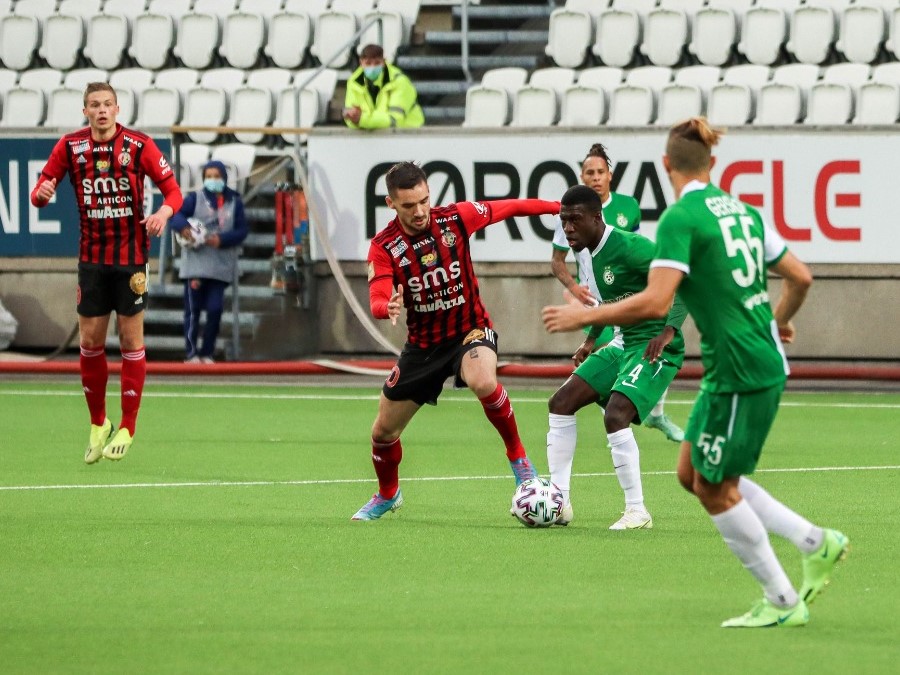 HB Torshavn hosted Maccabi for the second leg of the third qualifying round to the Conference League. Following the 7:2 victory in the first leg, the greens came to the artificial turf in Torshavn to complete the task and qualify to the playoff round of the Conference League. Przybylski (20’) scored for the hosts and set the final score

9’ Chery takes a free kick from just outside the box, he shoots to the far post, but the goalkeeper clears the ball behind the line for a corner kick.

20’ GOAL! A free kick for the hosts is crossed into Maccabi’s box and Przybylski scores from inside the 5 meters box. 1:0 for Torshavn

24’ Haziza crosses the ball into the box, Goldberg heads it, but the goalkeeper denies the attempt.

32’ Chery takes a free kick from 27 meters, but the goalkeeper collects it.

79’ Substitution for Maccabi: Mahmoud Jaber in, Ali Mohamed out.

80’ Substitution for Maccabi: Raz Meir in, Ryan Strain out.

80’ Atzili sends a great long ball forward, David reaches it before the local defense, he storms into the box and shoots, but the goalkeeper deflects it. Chery is first to the rebound, but his shot goes straight into the goalkeeper’s hands.

87’ Atzili breaks into the box and chips it over the goalkeeper, the defense tries to clear the ball, Jaber heads the rebound, but once again the ball is cleared by one of the hosts' defenders.